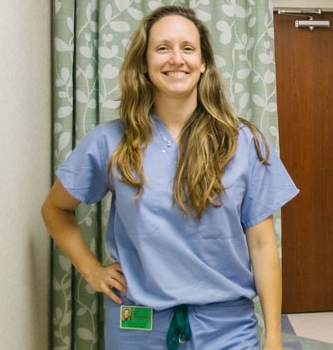 Women compose 5 percent of the
American Academy of Orthopaedic Surgeons'
membership. This figure pales in comparison
to other specialties, such as residents in pediatrics
(75 percent) and gynecology (nearly 85 percent).

•    Juliet DeCampos, MD, is a board-certified orthopedic and sports medicine surgeon with Andrews Institute Orthopaedic Surgery & Sports Medicine in Pensacola, Fla. She currently serves as the medical director of the Pensacola Blue Wahoos, which is the AA-affiliate of the Cincinnati Reds team.

•    Jocelyn Idema, DO, is a board-certified orthopedic spine surgeon at the Mid-Maryland Musculoskeletal Skeletal Institute in Frederick, Hagerstown and Urbana, Md.

•    Barbara L. Bergin, MD, is a founder of Texas Orthopedics, Sports & Rehabilitation Associates in Austin. She is as a board-certified general orthopedic surgeon.

Here are their stories.

"In my premed, medical school, residency and fellowship, I loved everything about orthopedics and consider myself very fortunate to love my job," says Dr. DeCampos. She rarely faced gender issues as one of 11 women out of 66 residents at the University of Southern California in Los Angeles.

Her gender proved more problematic when she moved to northwest Florida.

"Gender is still, unfortunately, a disadvantage with some male colleagues who think orthopedics is not a specialty for women and resent me for success in my practice," says Dr. DeCampos.

Women may be turned off by the physically-demanding aspect of the specialty; the field requires technical and instrument-intensive work. Dr. DeCampos explains women may find it easier to pursue a primary care sports medicine or physiatry career instead of orthopedics.

"Why hit your head against the wall with negative professors and male colleagues when other specialties like gynecology and general surgery welcome women?" suggests Dr. DeCampos. "Male colleagues and professors think you got in because you are a woman, when it's really that you got in despite being a woman."

"I left academics behind me because of time demands and my desire to work full time, but still be a wife and mother," she says. "I have been chief of orthopedics and chief of staff in Pensacola, but seemed to have to work twice as hard to get consensus with peers."

Dr. DeCampos feels "encouraged and inspired" by most of her colleagues in Arthroscopy Association of North America and American Orthopaedic Society for Sports Medicine, as well as by her Cincinnati Reds athletes. She believes her patients appreciate her medical skills, and she tries to establish strong personal relationships with them.

Changing the dialogue
To combat discriminatory behavior, Dr. DeCampos collaborates with her fellow female orthopedic surgeons to improve the specialty's demeanor toward women.

She is a member of FORUM, an invitation-only group of women sports medicine surgeons. The organization creates a platform for women orthopedic surgeons to interact with other women in the industry who may also feel underrepresented. Dr. DeCampos has felt at a gender disadvantage with equipment representatives who take her male colleagues out to golf or hunt, but don't invite her to these 'manly' activities. However, FORUM provides an outlet.

"In FORUM, the surgeons and business women meet as equals to discuss issues in orthopedics, and in life," explains Dr. DeCampos.

Dr. DeCampos believes in the mission of the Ruth Jackson Orthopaedic Society, which "supports the growth and leadership of current and prospective women orthopeadic professionals." Founded in 1983 with 42 orthopedic surgeons, the society now has more than 600 members spanning the United States and abroad.

Dr. Jocelyn Idema's story — Going through the trenches
Dr. Idema's, an orthopedic spine surgeon, had a great deal on her plate when pursuing her medical degree. After experiencing a paperwork error, medical schools overlooked her file, so she decided to pursue nursing school. While in nursing school, she applied to medical school and enrolled after finishing her nursing degree, which took her merely 13 months.

When she was a medical student at Philadelphia College of Osteopathic Medicine in 2002, Dr. Idema underwent "audition interviews," where medical students are "eye-to-eye" with a program director.

This program director's words did not dissuade Dr. Idema from pursuing a career in orthopedics. But, this was not an isolated incident.

When she was a resident at Philadelphia College of Osteopathic Medicine, Dr. Idema was one of the first residents to become pregnant. When she was nine months into her pregnancy, the emergency room called her in because the staff was unable to reduce a hip dislocation. After assessing the situation, Dr. Idema climbed on the stretcher to amend the dislocation, and an ER attending physician kept screaming for her to come down.

"As I had been called and there were no other specialists, I had to do my job despite my 'condition,'" says Dr. Idema. "That night, it required more 'brains than brawn.'"

A surgeon's club
Dr. Idema feels her male colleagues see her as a fellow surgeon, rather than defining her by her gender.

"Surprisingly, with my male counterparts, once I went through the same trenches in training, we were viewed as equals," she says.  "They really did not see me as different. Also, I currently work with a number of other female orthopedic surgeons in different specialties such as hand, pediatrics and joint replacement."

Of the 13 physicians at Mid-Maryland Musculoskeletal Institute, four of those surgeons, including Dr. Idema, are female. Women surgeons can bring unique skills to the table, making them assets to any practice.

"In some instances, female surgeons are more empathetic and compassionate toward their patients," says Dr. Idema. "Many of us are moms in addition to being physicians and surgeons, which is also more widely accepted now."

However, some patients still have a bias against female surgeons even if they are equally, if not more, qualified than their male counterparts.

"It's a rarity, but I've had a patient that was checking in and found out I was female and said, 'I will not see any female surgeons,'" Dr. Idema says.

On the other end of the spectrum, some patients exclusively seek female surgeons.

Using experiences to make you stronger — Dr. Bergin's story
Dr. Bergin is a founder of Texas Orthopedics, Sports & Rehabilitation Associates. The group is a 29-physician group Dr. Bergin started 30 years ago with two of her colleagues. The group currently is one of the largest orthopedic/musculoskeletal care groups in the state.

"I think the feminine touch has helped guide the group… Initially, [my colleagues] complained about the color schemes I selected for the office, but now they're used to it," Dr. Bergin says, jokingly. "I think they respect me. They think I'm bright and funny. To be honest, I also think my situation would be much different if I wasn't the senior/founding member of my group. And our color scheme would likely be navy blue and beige."

Being a well-respected and accomplished surgeon, Dr. Bergin brings a lot to the table, including her ability to relate to her fellow surgeons. Although many colleagues now view Dr. Bergin as an equal, that wasn't always the case.

"There have been a number of struggles for me, which were special and not experienced by the guys," says Dr. Bergin. "What doesn't kill you makes you stronger."

Dr. Bergin had a positive experience at her medical school, experiencing no difference in the treatment of the men and women in her class.  The medical department at her school, Texas Tech University School of Medicine, in Lubbock, encouraged her to go into orthopedics, but not every school was as open-minded.

"During the interview process, I saw only one other female resident and no female attendings," explains Dr. Bergin. "At the program, the residents who interviewed me complained about the female resident and told me she would soon be fired."  Despite this experience, Dr. Bergin completed her orthopedic residency, and has had satisfying success in her career.

The battles to overcome
Dr. Bergin explains women have a different set of challenges they face throughout their careers, compared to their male counterparts. Many female physicians plan to or decide to work part time, which is difficult to do as an orthopedic surgeon.

"Orthopedic patients really want to see the same surgeon over and over again," she says. "The specialty doesn't lend itself to extended time off or sabbaticals because many bone and joint problems are extensive. The problems are often dealt with over a long period of time; perhaps even a patient's lifetime and a surgeon's career."

Dr. Bergin, like many of her female colleagues, are proof that women can pursue a career in orthopedics and truly thrive.

"In general, I have a wonderful, healthy practice," says Dr. Bergin. "Most of my patients are referred from other patients and physicians in town. What more could I ask?"